Julie Smit – NGO partners in the Global South have suffered various forms of repression, including threats, criminalisation, illegal arrests, physical attacks and even assassination related to their human rights work. Such attacks have increased rapidly in recent years, as civil society organisations step up their resistance to the activities of multinational companies and governments that threaten the rights of communities the world over.

That is why a group of Luxembourg NGOs has come together to share experiences, create awareness about the situation of human rights defenders (HRDs) and look for ways to increase the support given to them.[1]

In order to learn more about the work and challenges of HRDs, earlier this year the group organised a series of four morning interviews with two HRDs from partner organisations of Luxembourg NGOs and two European organisations focused on supporting defenders.

The Breakfast Session series started with an interview with Moussa Tchangari, director of the Alternative Espaces Citoyens in Niger. He had been arrested in 2018 accused of taking part in a peaceful demonstration in which he had in fact never participated and again in March 2020. He was freed in April 2020 but human rights organisations deplored the fact that an innocent man had been arrested in this way.

Having experienced the repression of the student movement in Niger by the military in the seventies as a young journalist, he set up a cooperative for media and cultural work and started an alternative, slightly political, newspaper and radio in the local language that was distributed through literacy centres run by a German Government programme, where people could meet and discuss issues that concerned them. In 2001 he set up the Alternative Espaces Citoyens as a contribution to building a more democratic society.

From the start, Tchangari’s approach has been geared to creating opportunities for others to express their opinions rather than imposing ready-made solutions and to encourage them to take their situation into their own hands. It was therefore disconcerting to him that people often looked on him and other activists as the leaders of civil society, while for him everyone needs to see themselves as leaders. This gave rise to a discussion about the need for certain outstanding figures that embody the struggle and motivate others such as Mandela in South Africa.

He explained that for him struggle is always political, but not partisan; while political parties have an important role to play, social movements are more important. In fact, he gave up his membership of a political party in order to devote his time to civil society activities.

He also stressed the need for international solidarity with human rights defenders in difficulties. As they are aware that their human rights work can lead to imprisonment, it is important for them to have some perspectives for after they are released because many of them end up on the streets. This could make people hesitate to become involved in human rights issues out of concern for their responsibilities to their families.

In the second Breakfast Session the chairperson of the National Alliance of Women Human Rights Defenders, Dr. Renu Adhikari, a partner of AEIN highlighted the situation of women human rights defenders (WHRDs) in Nepal. The Alliance now has some 21 women’s movements and around 6000 members.

In her early work with women in the field of HIV and sex trafficking, Dr. Renu became aware that often women were working as HRDs at community level but were not recognised as such and so she welcomed the 1998 UN Declaration on Human Rights Defenders, which gave a very broad definition of “who is an HRD”. She distinguishes between HR defenders and salaried HR workers. Both can be defenders, but being an HRW does not make you a HRD. In fact, anyone with a commitment to protecting human rights are rights defenders, no matter where they work.

Discussing the challenges facing WHRDs, Dr. Renu pointed out that as women they are faced with unequal power relations at every level, from the family up to government level. They are frequently criticised for not staying at home with their children, subjected to character defamation because of their defence of women’s’ sexual and reproductive rights.

The support that her network gives to WHRDs takes many forms, from financial support to simply inviting them in for a cup of tea, to chat and cry together. Personal level support, being part of a caring network is just as important as finance.

Because their work differs from traditional development work, HRDs regularly experience difficulties in applying for grants from donors. Her organisation, like many others, is not registered as this would make it impossible for them to criticise the government, but official registration is normally a requirement for funding applications. Including the “soft” aspects of human rights work into logframes or fulfilling sustainability requirements also presents a challenge.

Fortunately there are some flexible funding organisations that are very helpful, some being able to provide funds within 24 hours. Maybe something of this kind, based on mutual trust, could be possible in Luxembourg.

Asked about how to balance the need for visibility and security, Dr. Renu agreed that this is difficult to answer but in general the stronger and better known an organisation is, the safer it and its members are. Her organisation is very strong now, but 15 years ago that was not the case. They have a good relationship with the media, which is also helpful as the government is aware of their influence.

Following on the two inputs from human rights defenders and local support organisations, the third and fourth sessions focused on how international organisations can help to give support to HRDs.

Claire Ivers of Front Line Defenders (FLD) spoke about their work and their latest report “Global Analysis”. Front Line Defenders is based in Dublin with an EU office in Brussels and regional staff worldwide. Founded in 2001 by Mary Lawlor, the current UN Special Rapporteur on the situation of human rights defenders, FLD has developed a number of measures to support HRDs at risk. It provides a 24-hour phone line through which HRDs in immediate danger can get help, including temporary relocation where necessary, and grants to cover practical security needs. FLD also provides training on security and protection measures, with a particular focus on digital security, which has become increasingly important in recent years, as well as opportunities for HRDs to network with each other. On the advocacy side, FLD engages very actively with international bodies to highlight the problems of HRDs and is the lead partner in ProtectDefenders.eu, the EU Human Rights Defenders Mechanism working to protect defenders at risk worldwide.

Respect for the sensitivity and safety of individual HRDs is always a prime consideration and no steps are taken without their consent. Also the need for flexible responses adapted to specific situations, as underlined as being one of the most important needs of HRDs by Dr. Renu, is a key concern.

FLD explained the challenges presented by the COVID19 pandemic for HRDs. Many died of the virus, being particularly exposed to the virus in their frontline work in the communities – including providing information on the pandemic and care where governments failed to do so. The pandemic has often been used by governments to target HRD defenders: prisoners were not given medical treatment when they became sick and when certain countries released prisoners because of the virus, HRDs were often not included. Furthermore, many HRDs who had to move to working online were exposed to digital attacks and threats on social media, leading to psychological stress. This underlines the importance of FLD’s trainings for HRDs on digital security.

In addition, ultra-conservative trends in many countries have led to an increase in verbal and physical attacks on defenders and restrictive legislation being passed in recent years that impede the activities of civil society organisations, for instance in Guatemala, Hong Kong, India, Nicaragua and the Philippines.

Ms. Ivers also discussed the important role that diplomatic missions can play in assisting HRDs. FLD is in regular contact with the EU delegations worldwide and contacts them in situations where an intervention could be helpful – in each case the potential impact is assessed to see whether intervention could prove to be counterproductive.

Symbolic shows of support by embassies or international organisations can also be useful, for example by attending court cases or visiting political prisoners. She quoted a case where staff of the Egyptian Initiative for Personal Rights in Egypt were released in December 2020 after an international outcry, including a resolution by the European Parliament.

For the final breakfast session, Defenders.lu invited Suzan Goes, the programme coordinator of the Shelter City project to speak about the work of her organisation. This was particularly interesting as the Luxembourg Foreign Affairs Ministry is considering joining the scheme.

The initiative was started in 2012 by the Dutch human rights organisation Justice and Peace Nederland at the request of a network of international HRDs. There are now 12 shelter cities in the Netherlands as well as international hubs in Georgia, Tanzania, Costa Rica and Benin. The project offers HRDs at risk the possibility of a temporary stay in the Netherlands to work in safety, take some rest and, if they wish, speak about the situation at home and make new contacts with CSOs or decision makers. Shelter City also offers training on security for HRDs and provides psychological therapy.

Shelter City invites HRDs to apply for temporary stays twice a year and a selection committee, which includes representatives from the Foreign Ministry, CSOs and others assess the applications. In emergencies, HRDs can request fast and unbureaucratic help.

Asked about their experience in working with the Dutch government, Suzan Goes said that it is very constructive, as is the case with the various municipalities involved. Since there is a long-term commitment on the part of the government to what is a flagship project for them, this good collaboration should not be jeopardized should there be a change of government. There is more concern about changes at local authority level should future coalition partners demand budget cuts.

These breakfast sessions not only provided some insights into the work and challenges of the HRDs that took part and what civil society organisations are doing to support them, but also initiated thinking within the group on what could be done in Luxembourg to give more support to HRDs. Truly understanding the needs of human right’s defenders is an important first step.   The main message was the importance of flexible and unbureaucratic responses while at the same time ensuring accountability for the use of funds. Furthermore, visibility and international networking can save lives, as they function as a shield for human rights defenders.

The outcome from the breakfast sessions will be useful to Luxembourg NGOs looking into ways and means of meeting that challenge in future discussions with the MAEE.

*Julie Smit is member of the group Defenders. 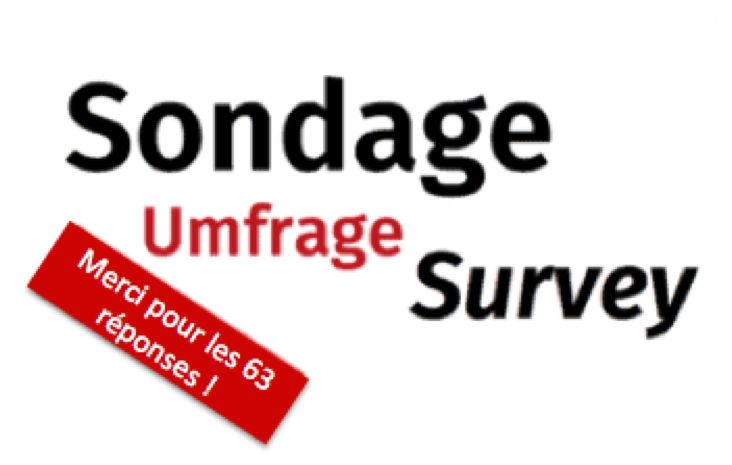