Interview with Matthieu Lietaert, co-director of “The Illusion of Abundance” 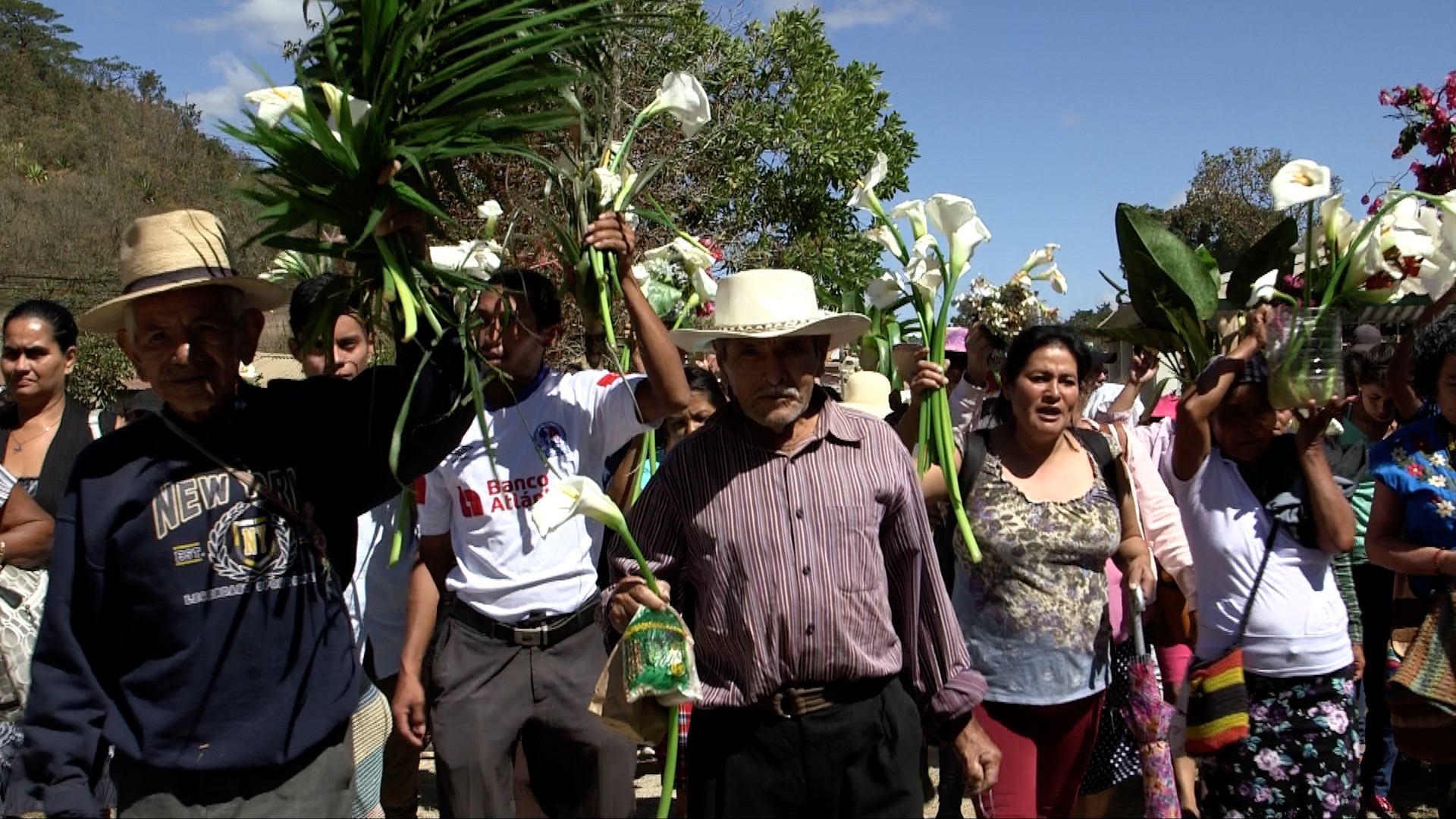 Interview with Matthieu Lietaert, co-director with Erika Gonzalez Ramirez of the documentary “The Illusion of Abundance”.

The Illusion of Abundance is a documentary that follows three women land defenders that protect nature in one of the most dangerous regions in the world for environmental activists. In 2020, more than 220 land defenders were killed and most of the killings took place in Latin America. The documentary is co-produced by ASTM and the world premiere will take place at the end of October at the 32nd Film Festival Cologne.

1. What is the documentary “The Illusion of Abundance” about?

The documentary is a project that has as a framework two books: the book The Open Veins of Latin America written by Eduardo Galeano 50 years ago and the book The Limits to Growth published in 1972 by the Club of Rome. These two books are very important as a framework. Galeano’s book undiscloses that for 5 centuries foreign governments and foreign companies went to Latin America (but similar dynamics happened in Africa and Asia as it is a global problem) to exploit and extract. The Club of Rome vulgarized the awareness that we live on a finite planet and the idea of eternal growth is impossible. The documentary shows our trip to Latin America 50 years after Galeano’s book.

50 years later what we encounter is that the mining industry that used to be normally high in the Andean mountains, now reached the Amazon and other regions; now we find micro-mining, mines that open only for 5 years. What we encounter is that mining and extractivism are larger and more aggressive than ever and reaching everywhere in the planet… and as soon as someone stands out to protect nature (a river or a territory) or to protect their community, first they get threatened, then injured and then killed. This is the common pattern we see.

We call the documentary the Illusion of Abundance because our contemporary model believes that we can continue growing upwards forever and the planet earth will keep its abundance. Our documentary shows that there is no abundance anymore. In 70 years with the rise of consumerism, we destroyed the planet. Climate change is a result of it. The University of Cambridge recently published a new report regarding scenarios of the end of humanity.  It is important that we face this and we protect those who risk their lives protecting nature.

We were in contact with 10 land defenders, and finally, we chose three as covid-19 didn’t allow us to film and travel so easily. The aim is to show that is not a one-country problem but a global one. This is happening everywhere, everywhere there is extractivism.

The male dominant ideology of society calls for bigger, stronger, faster, and richer. Women are many times silenced. Nevertheless, despite being in a weaker position, it is many times women who are at the forefront of the resistance: caring for nature, and common goods, and risking their lives for this. Women are sending us really clear and strong alarm messages: this male dominant ideology is leading us towards a wall. Our film listens to the voices of these women.

The three land defenders resist at different levels. Máxima and her family are a bit lonely in the mountain and resist alone; Berta is the daughter of the well-known Bertha Caceres from the Lenca people in Honduras who created a strong serious movement in the nineties of resistance. Berta and her family, despite the assassination of her mother, decide to not stop until justice is made. And last, Carolina forms part of the community of Brumadinho who gets together to demand justice for the killing of 272 persons by another “accident” after the already terrible disaster of Mariana years before. There is a lot of impunity.

The three land defenders tried suing the companies in their home countries. They are also trying to sue them abroad, but none has gotten a green light. They are fighting back with legal means in the countries where these corporations are based, and we thought it’s really an important new element in the struggle. After 40 years of globalization, the resistance is getting global through legal means, and they are hunting down cooperation wherever they are, despite not having a clean legal path to attack them on their ground.

At its core, it is definitely about the rights of nature. The rights of nature are a new concept on the table that is entering now into international and national laws for a couple of decades. Indigenous communities have some harmony with nature. Modern society completely forgot about this: it wants to tame nature, and exploit it. When exploiting nature many times people are involved, those who live in those ecosystems. They resist, so violations of nature become violations of human rights. Considering that the ones exploiting come from the West, colonization comes into the frame… and so on. The fact that women are particularly vulnerable brings a further layer. In our film, we would not want to say it is just this or another issue. It’s a complex problem that brings into the frame a lot of complex issues. We have to face it as such, in all its dimensions, in order to adequately find solutions.

4. The reasoning governments, private companies, private banks, and development banks use to justify the exploitation of land and ecosystems (in the global South) is to bring development. What is this notion of development and how does it materialize in the lives of the three defenders?

The top-down development hurts the three land defenders in the film. Máxima had a self-sustainable life with enough to eat, she is content, she grows food, and also sells food. Her children manage to go to school so they have what they consider a good life that they chose. The development comes and now they can’t live peacefully in their territory. The same with Bertha’s experience. The Lenca community has its maize crop and a modest and humble life in general. But when development arrives selling green energy, the people were harassed, injured, and murdered. They get violent repression from militaries and police. In the case of Brazil in Brumadinho, a historical mining region whereas the arrival of mining means the scarcity of water. Iron mining is very intensive in water use so it brings water scarcity. The development brought by mining brings a few jobs, while the water gets polluted and it impacts the environment and people’s health. This is not even mentioning the tragedy of Mariana and Brumadinho with hundreds of people killed by an “accident” and the pollution of rivers and land.

5. The documentary presents breathtaking views of nature and its destruction while following the testimonies of those defending that nature with their lives. What is the message of the documentary?

The message of the documentary is that we need to protect nature. Climate change is there, the clock is ticking and the discourse in the West stating that thanks to recycling plastic, having an electric car, having windmills and solar panels, we will have a bright and shiny green future is greenwashing. The reality is dark, as soon as you go abroad: the destruction of the planet is taking place and those who are resisting the destruction are arrested, injured, displaced, and murdered.

The reality is that Europe needs 29 really important resources to maintain its economic development, according to the European Commission. 14 of these 29 products are not in Europe. The way of life in Europe requires that we go abroad to get those resources at any cost. But what is the cost?
In the film, Carolina states, in her visit to Europe, you have the blood of innocent people. She is right, it is time to face that. We need to go beyond this, this simplistic, individual message of recycling in Europe, and see the root problem that we are part of.

6. The documentary was filmed before and during covid19. It is clear it must have represented incredible difficulties to travel, to meet, to film and produce the documentary, but larger than those difficulties… did the international and national developments due to covid19 change your understanding of the international system (of what is at stake)?

It was difficult but thanks to the support and understanding of our partners, we were able to finish the film. We are really thankful for this.

We realized that covid hit some countries and some people worse than others. A consequence of covid: poor people got poorer. We haven’t seen any data yet, but we suspect that the situation worsens for land defenders as well. We guess that as world news were busy with covid-19 and other matters (when the cameras were looking away), it was an opportunity for corporations to exploit more aggressively.

Covid-19 shortly put a break on the unlimited growth of society, but it lasted one month, and two months, and then the economy got back. The mainstream message of growth, the song of GDP, got back. Covid-19 could have brought a movement of resistance for the planet to do something different. It looks like it’s probably making things worse for the planet and for the land defenders, but we will have figures in the coming months.

7. Having in mind the journey of the three defenders in the film plus the current acceleration of the overlapping crises, (climate crisis, mass extinction, soil depletion, ocean acidification plus all the social ones), where does the responsibility lie and what to do?

The question of responsibility is very complex. I think Bertha says that at some point in the film “why are we paying for the price for the aggressive western consumerism?”

Europe is very good with the human-rights discourse of the French revolution. The discourse is that we are helping people through hardcore but clean business. My deep understanding and why we do this film is: Europe is creating more problems than solutions. (Although we must acknowledge, most people living in big cities in the West, they/we can’t break the consumerist pattern.) Responsibility is a lot on our side, from the consumer level. Our Western societies demand to consume, consume, consume. It’s extremely difficult to stop that.

What can we do? Try to work with organizations, and create alliances to push legislation. Legislation on business and human rights with the UN at the international level, legislation regarding the rights of nature, and due diligence in Europe, among others, are essential to provide a viable legal path to address environmental and human rights violations across the planet. We need to understand this urgently because the clock is ticking.